I have always been enamoured by moving water, there is something so unique in a natural element that has such levels of vitality, ease and unrepeatability in both its movement and purpose. However, it is a finite natural element - a precious commodity and the textile industry is the second biggest polluter that threatens its future.

One item of clothing, from fibre to product, is exposed to up to 8,000 chemicals.

The strength of some of these chemicals are strong enough to change the sex of a fish.

Some rivers are so highly polluted they can be set on fire.

If we continue on our current path, demand for water by 2030 will outweigh supply.

With the manufacturing currently based in the Eastern world, the effects it has on their enviroment can easily be forgotten, ignored and underestimated by us, in the Western world, even when we are the ones benefitting from it. As a textile student, about to enter and contribute to the industry, it is important to be aware of the impact the industry’s practices have on the environment and the potential solutions that are being developed to encourage an equilibrium with the earths resources.

Peter Cruzten claimed that the current era we are in is ‘the Anthropocene’, one in which human activity, our assumptions for limitless growth and its direct accelerating effects of pollution are the main drivers for the profound environmental changes to the earth.

We often refer to earth as the ‘blue planet’ due to 70% of its surface being covered in water.

However, this is gives us a disproportionate impression of how much water we have access to.

Only 3% of the earth’s water is accessible to humans and is still needed to be shared between agriculture, drinking and manufacturing.

Stockholm Resilience Centre identified nine planetary boundaries, one of which was freshwater, highlighting the essential role water has within the natural stability of the earth.

If this eco-system is destabilised there is a direct effect of destabilising the whole of the earth's systems. In 2015 four of these nine boundaries were announced to have crossed into the high zone beyond the zone of uncertainty. Whilst freshwater wasn’t yet one of the boundaries to cross zones, the drastic acceptance of instability of other eco-systems directly affects the reliability of the future for access to freshwater, and acts as a stark reminder that we should be working to protect and preserve it as much as we can. This requires every aspect of the textile industry to be reflecting upon how they exploit water, which requires industry-wide reformation for the sake of sustaining success for both industry and nature.

A previous example of when industry-wide reformation occurred in Britain is during the industrial revolution. Scientific advancements bought about the utilisation of steam power. This transformed transportation systems to make materials more widely accessible and for products to be distributed and sold on a larger scale allowing Britain to become a significant exporter across the world. But once industry experts, such as James Hargreaves, manipulated the scientific innovation of steam power to aid the specialised industry processes, things like the power looms could be invented, and the whole manufacturing process could be reshaped into the factory systems we are more familiar with today.

Whilst we can learn and discover a way forward from the industrial revolution, looking back also reveals harrowing evidence that foreshadows the devastating future we have found ourselves in. From 1783 evidence can be found of water pollution from the new dyeing and manufacturing processes happening in Britain. In retrospect it is easy to identify that these concerns were not adequately addressed, instead the processes were quickly scaled up to a global level which directly increased the exploitation of water.

Manufacturing has left Britain and so has its pollution and soon out of mind out of sight has led to us being ignorant to its effects, but continuing to demand more.

It is time we take back ownership for the mess and explore how industry reformation is possible.

There are two current scientific innovations that I am going to explore here, the first being green chemistry and the second being biomimicry.

Green chemistry is the exploration of how ultraviolet, ultrasound and ozone can play an important role in environmental protection. Ozone (O3) has been discovered to have the potential to replace hydrogen peroxide during the bleaching processes of manufacturing. The bleaching process is required to remove impurities, mostly colorant, from the fibres and allows for a consistent, uniform and repeatable dying effect. Once bleached, less dye is needed to colour the fibres reducing the pollution from the dying phase. Oxygen is the only element needed for the reaction, and once converted to and from ozone to perform the bleaching, the oxygen can be released back into the air like normal. Therefore not only does ozone bleaching make hydrogen peroxide and other harmful chemicals redundant, but

it is a closed loop, zero-discharge process that uses 95% less water and removes the need for high thermal energy consumptions,

as this process can all happen at room temperature. However, ozone bleaching can currently only remove colorant impurities leaving the tactile impurities still present in the fibres, so more innovations need to be explored to retain the quality hydrogen peroxide can currently produce, without the cost on nature.

So ozone is the science, are the industry adopting it?

Yes - Jeanologia are partnering with Outland Denim to start cleaning up the denim industry.

Denim is one of the biggest polluters and culprits of hydrogen peroxide pollution, as the demand for instantly aged denim demands the bleaching process to be exploited on unprecedented levels. It’s a new partnership and is something I am very excited to see flourish.

The second current scientific innovation to explore is biomimicry, an area of biodesign which looks to replace industrial or mechanical systems with biological processes that make fewer material and energy demands.

The scientists at Colorifix have managed to replicate the natural encoded instructions that nature uses to produce any colour found in nature such as a beetle or a flower.

The dying industry uses 30-50 litres of water per kg of cloth, releasing up to 8000 different chemicals which pollutes the water, reduces its oxygen levels directly impacting marine life and the self-purification process, not to mention the health risks to humans when it is their village's only water source or when it runs into agricultural land. At Colorifix they use DNA sequencing to replace natures code and produce fully cultured microorganisms which are added to a fabric with a benign, renewable and non-toxic additive. The additive is then removed, and the fabric can be exposed to heat causing the cells to rupture and fix the dye onto the fabric.

At the end of 2019 it was announced that Colorifix would be partnering with companies across the world in efforts to begin scaling up within the industry. Some of the companies being: H&M (Sweden), Forster Rohner (Switzerland) and Arvind (India).

But, why would the industry want to make these investments if they seem a risk to their profits. Profit, being the core intention, is dictated by sales and therefore is driven by consumer demands and as this rises, manufacturing will continue to be where it is cheapest so output can keep up with demands and profits increased - the fast-fashion business strategy. But what if consumer demand changed? What if consumers started to demand more eco-efficient products? What if consumers started to demand durability over frivolously changing fashion trends? Well, then to keep up with consumer demand, so too will the industry have to shift to make sales.

But, how does the consumer demand begin to change? Through public education.

We cannot change what we don’t know. Education starts with acknowledging the problem, it starts with a second thought about what you are buying, and whilst there are many steps the consumer can make to educate themselves, the responsibility also lies with the industry. This demands that the product is traceable and the supply chain transparent. A company already at the fore-front of this movement is American clothing brand Everlane, who execute a Radical Transparency policy.

Every detail about the garment is shared with the customer online, from pictures of the exact factory and workers that the garment was made in/by...

... to the exact cost breakdown of each item showing the raw materials, transport and profit.

This proves with ethical integrity and returns the the true cost that products do have, highlighting what must be amiss with cheaper fast fashion alternatives.

Educating the consumer doesn’t have to be an oppressive or complicated process, rather the simplest signs publicly acknowledging the reality of products will all play a part in public education and allow consumers to make better-informed decisions when shopping.

In a black room water is pumped up from a central fountain in quick bursts. At the apex of their trajectory, a strobe light illuminates the water, freezing the frenzied form taken, before falling back down by gravity. Viewers are only given a mesmerising glimpse of the abstract water forms, that can never be repeated. All the observers are within the same room, viewing the same object of art, but the height position and distance creates a different viewpoint for every observer, an individual and unique piece of art each created and interpreted differently every time.

Eliasson literally shines a light on the humble natural element, allowing us to re-see water, re-interpret it, but most importantly to re-appreciate it every few seconds.

Each person needs their own awareness of the importance of water and how easily the fashion and textile industry currently exploits this. We should always strive to interact with water at every stage possible, reflecting the same awe and longing for its longevity as we do when looking at second bursts of Eliasson’s fountain.

If this rather long blog post hasn’t left you never wanting to hear the words water or exploitation again and you want to learn more, then every photo is also a hyperlink to each source and a whole load of more reading. Or, here are some other places you could look at to continue your learning: 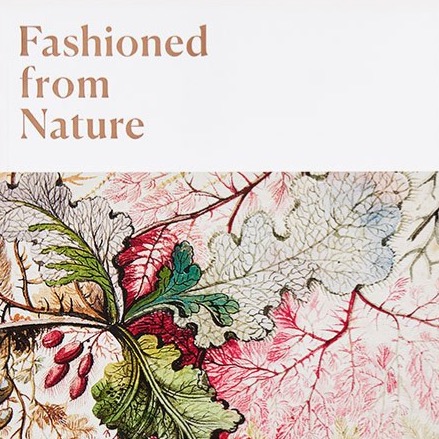 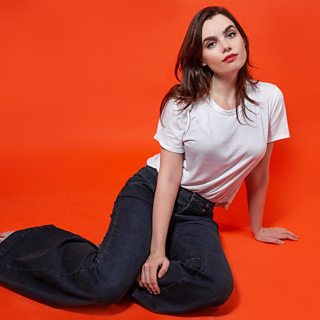 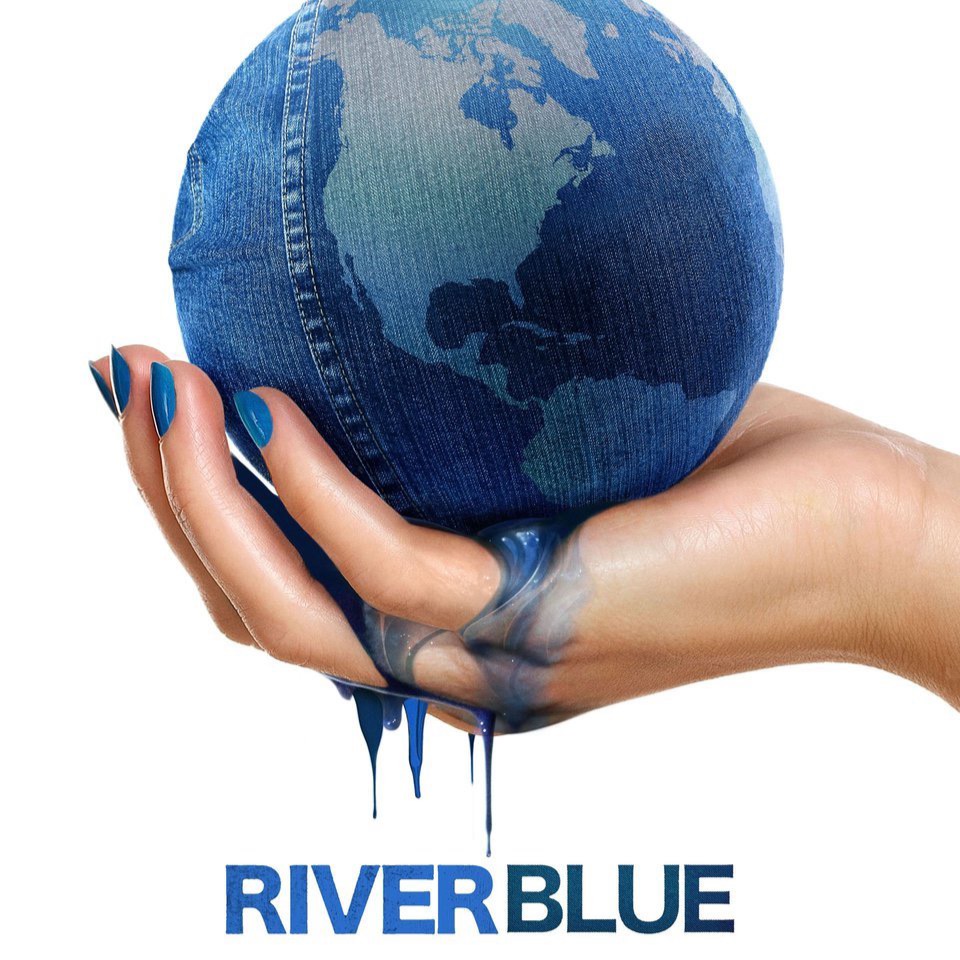 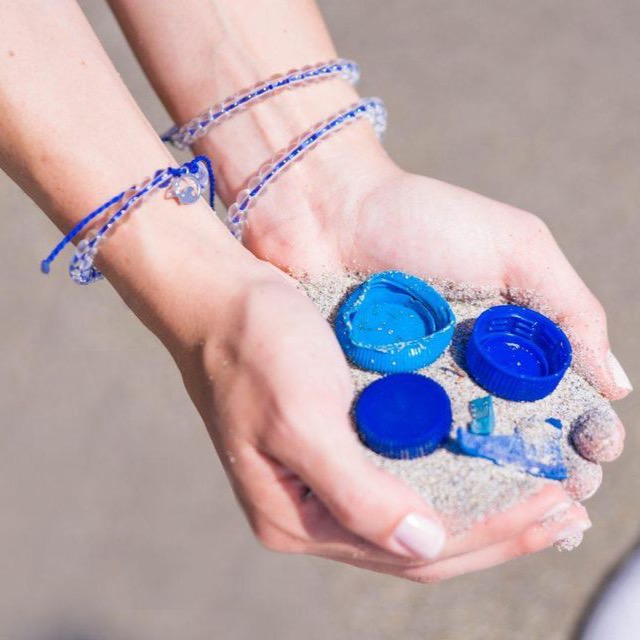 The exhibition catalogue published to accompany the first UK exhibition to explore the complex relationship between fashion and nature from 1600 to the present day, held at the V&A, London 2018-2019.

In this podcast Charli Howard looks on the bright side - and dark side - of denim, for people and planet.

In this documentary film, released in 2016, river conservationist Mark Angelo uncovers and documents the extensive pollution impacts of the global fashion industry.

A for-profit company aiming to clean the ocean and coastlines while working to stop the inflow of plastic by changing consumption habits. They are doing this by selling bracelets made mostly from recycled materials environmentally and socially responsibly sourced. For each sale, a pound of plastic is pulled out of the ocean.